Plac Pokoju (“The Peace Square”) is a vast enclave surrounded by a wall. The historic stand of old trees, the necropolis and several buildings all contribute to the magical atmosphere. The church, naturally, dominates the area, but visitors should not forget other buildings, such as the Luther House, i.e. the old evangelical gymnasium which is now home to a stylish boarding house, the belfry, the Widows House, the Gatekeeper’s House (now turned into a charming café), and the Bell-ringer’s House, which currently serves as the UNESCO Centre for Promotion and Partnership. The 17th century parsonage, the oldest residential building in Plac Pokoju, has a specific role to play too.

Several years ago, the two-storey brick building with a mansard roof revealed to scholars its greatest treasures, including two hundred leather and wooden bound Bibles (the oldest of which comes from 1630), old prints, registers of baptisms, marriages and deaths, a manuscript of a theatrical play and numerous other historical documents. Eight thousand volumes altogether, this forms as one of the largest Lutheran archives in Poland. The collection is considered as an extraordinary not only because of its diversity, but also – and most importantly – its continuity: from the 17th to the 20th century. The works conducted in the parsonage will improve the state of the baroque building – it will be provided with thermal insulation, a new roof and a section of trusses, new outer plastering and floors, new doors and windows, as well as new installations.

The renovation will restore the elevation of the building to its historical state. More importantly, there will be a place for the priceless collection to be properly displayed. Appropriate security facilities, air-conditioning and ventilation in rooms where the collection will be displayed, will allow visitors to see treasures currently kept in town buildings. At the present moment they are available only to scholars, however others can only see them online thanks to the “Digitalization of Culture” (“Cyfryzacja Kultury”) programme of the Minister of Culture and National Heritage. In the future, the renovated parsonage will house the Lower-Silesian Evangelical Institute, which will provide access to the valuable collection of the parish to all who wish to see it. 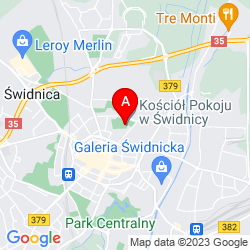